It has been a busy week with some good progress. I didn't quite get as far as first start as originally planned due to fuel pump issues but all the same I am happy with where things are now.

First off, my carb/throttle bodies were finished with machining. Pete Walker of PB Machining based in Loughrea (pbmachining@gmail.com) took on the work and I'm very happy how they turned out. It was invaluable to have someone who understood the final application and who was interested in the project to do the work.


Once the throttle bodies were fully re-assembled, I needed to set up the TPS mount. I had asked Pete to drill and tap an axial hole into the end of the #1 throttle rod to take an M3 machine screw. I took the head of a button head screw down on two sides to allow it to slot into the TPS. I needed to position the screw in such a way that the throttle could move through its full range of movement without reaching the limit of the TPS. Once a suitable position was found, the screw was thread-locked into the throttle rod with a half size nut to provide additional security. Then I drilled and tapped the TPS mounting screw holes in the adapter plate in the right place.


Once everything else had been assembled, I could mock fit the throttle bodies to the bike and complete the injector harness.


The finished assembly is very tight in the bike. There is not a lot of room to play around with in there and the fuel rail only barely fits between the frame rails. I also had to move the thermostat housing down c.20mm to allow the fuel rail to fit. Even so, it takes a fair bit of maneuvering to get the whole assembly into place and sitting into the intake boots.


That was the point when I was planning to flow test the injectors and go for first start but the fuel pump decided to give up the ghost. I had tested it previously but this time it refused to budge at all. Investigation pointed towards a short out between positive & ground within the pump. The investigation inevitably lead to this situation: 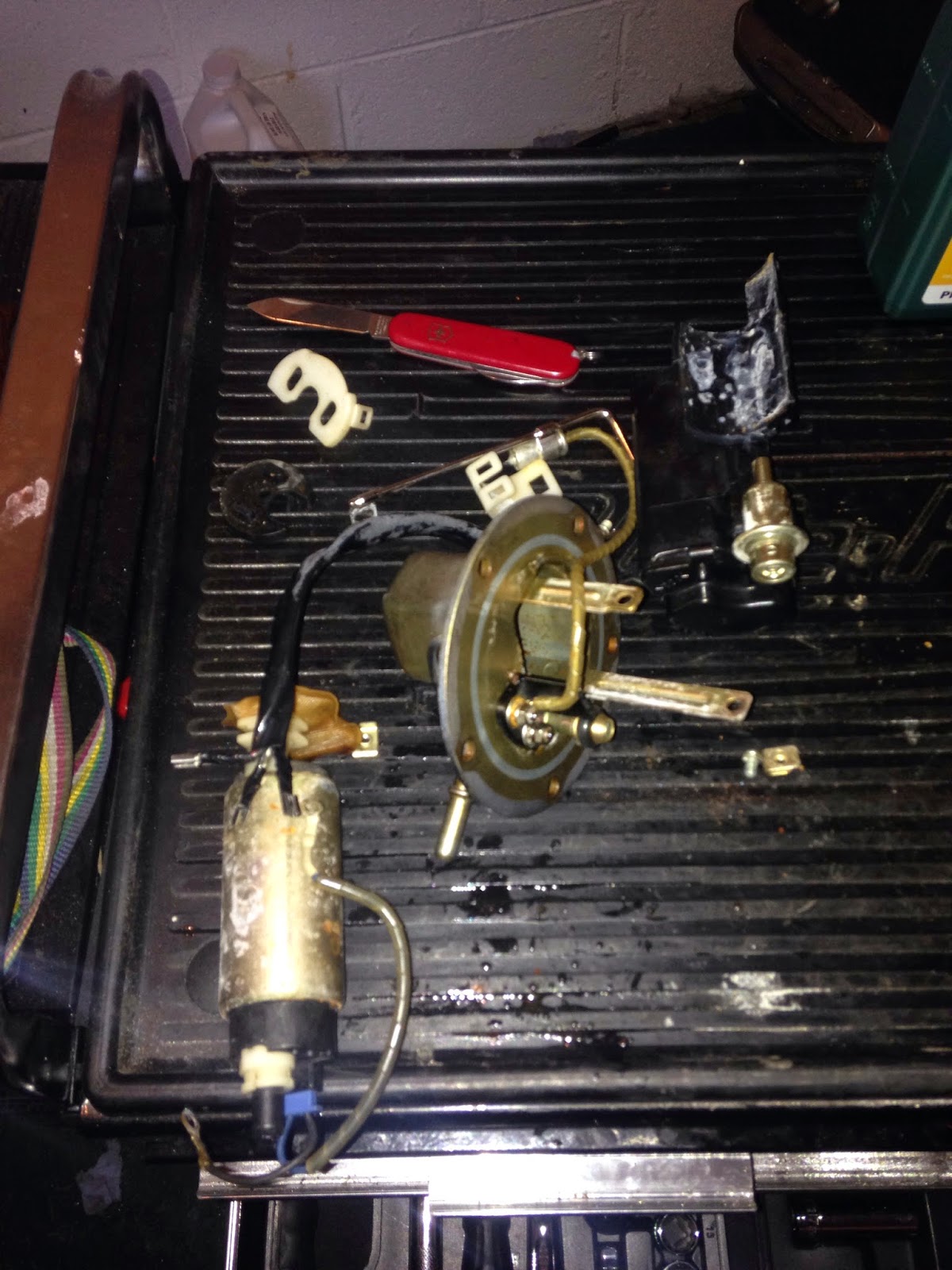 I may be able to to get the pump going again but for now the best course of action is to just get a replacement pump.

I have confirmed that all the sensors are now talking to the ECU properly. All that's left now before attempting starting is to replace the pump and determine injector flow rates & dead times.

Despite the setback from the pump, I'm very happy with the progress of the last week. Hopefully the next update will be with the bike running.
Posted by motthomas at 00:56

Awesome work with this, will be interesting to see how the fuel consumption, ride-ability and power compares to the stock carb arrangement