After many months researching and planning the project, I eventually got it kicked off properly. I had a long weekend just gone and was able to tear into it. The bike is now officially off the road and it wont be going back onto it until its running on injectors.

First thing was to get the MAP sensor hooked up. Since I wont have a TPS on the carbs for the initial testing, I will need to use the speed/density algorithm on the Microsquirt and that means using a MAP sensor to determine engine loading. Lowest manifold pressure will be at idle with pressure increasing up until full throttle. As the engine won't be running forced induction, the pressure will stay below atmospheric so a simple MAP sensor is enough. Lucky for me, there was a sensor attached to the GSXR750 throttle bodies so I was able to use that.

I bought one more brass vacuum nipple to replace the blanking screw thats usually on the cylinder #4 vacuum port. 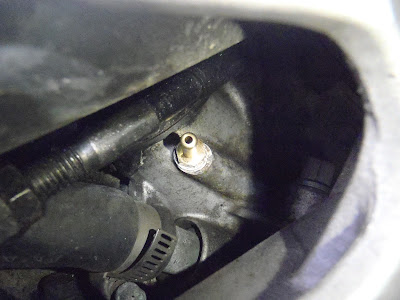 Individual throttle bodies can have problems when it comes to reading MAP as there is no plenum between the throttle plates and inlet valves to even out the pressure variations. The space between the throttle plate and inlet valve is typically not much bigger than the cylinder volume, if at all. This causes big fluctuations in pressure especially at idle. What I have seen previously is the use of a small fuel filter in the vacuum line before the MAP sensor to act as a small plenum and clean up the MAP signal coming from the sensor. The GSXR throttle bodies just had four individual vacuum lines coming together and connecting to the MAP sensor so I decided to try that first and if the signal turned out too noisy for the ECU to handle, I could work at cleaning it up then.


I took the sensor and hosing off the GSXR throttle bodies and fitted it to the four vacuum nipples. 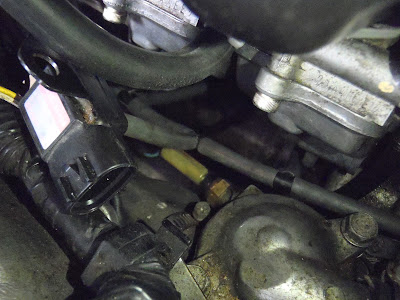 Next step was install the Microsquirt unit. I decided to mount it on the back "wall" in the "boot" space underneath the pillion seat and have the harness run through the bottom left corner, out along beside the CDI and along the frame. Any fuses and relays could be put in the "boot" aswel to allow them to be changed easily. The Microsquirt itself is mounted with four bolts. I will be adding rubber washers between the bolts and mounting surface to dampen vibrations. 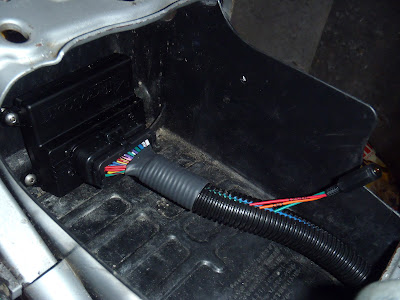 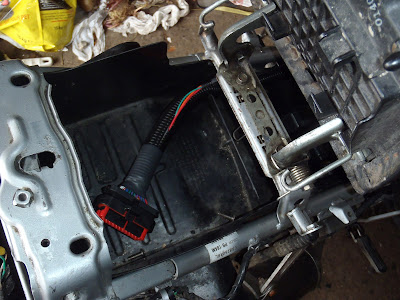 The amount of wires hanging out of the harness is pretty daunting so I figured I would seperate it out into manageable sections and work my way through it that way. It may not be the perfect plan but I figured something like the following should be manageable:


The ground connections seemed like the logical place to start as I wanted to ensure that all grounds were connected back to the same point to avoid ground loops or other issues with sensors. There is a great wiring diagram provided on the Microsquirt website that helped with the wiring (shown below). That along with a description of all pin connections got me through it. The nice thing is that all sensors, coils and injectors are grounded though the ECU so all I had to do was gound the ECU and provide a place to plug in a lambda sensor controller as that would only be used for testing.

After that came power. This is where things started to look messy. I needed to supply power to two relays, the main relay for switching on the ECU with the ignition and the fuel pump relay that would be controlled by the ECU itself. All the power connections had to run through fuses aswel so there are a few wires that look pretty messy outside the harness. Since I still haven't sourced a fuel pump I only connected the main relay for now to get power to the ECU. 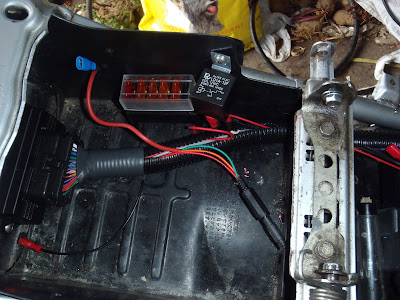 I took the opportunity to wire up whatever sensors I had at this point aswel. I tapped into the wires from VR sensor from the crank rotor for an RPM signal. I could have used the signal from the negative wires on the coils but I plan on eventually having the Microsquirt control ignition as well as fuel so I figured just to go straight for the crank position sensor. I hope the signal from the VR sensor can be shared now...

Unfortunately I ran into a brick wall though when I went to connect the Microsquirt to my laptop and test the polarity of the VR sensor connections. I couldnt get the ECU to talk to the laptop. The tuning program, TunerStudio, was just not recognising the Microsquirt and uploading new firmware failed aswel. I verified the 12V supply to the ECU as well as continuity on the two ground pins so thats not the issue. I did a loopback test on my serial cable to check that the com port was sending and receiving information properly and that checks out too.

For now though I can work on getting the injectors installed and the fuel pump and plumbing hooked up. While the bike sits there stripped down and a mess of wires. 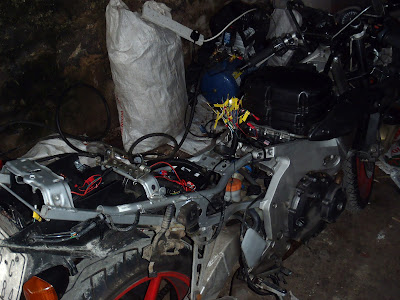 I will keep this updated as I progress.
Posted by motthomas at 23:37