A new year brings with it a new approach again and some good progress. First the throttle bodies.

The plan to fully modify the existing carburetors to become permanent throttle bodies has been changed again and simplified. While putting the exact modifications required down on paper, I discovered that there is not enough wall clearance in the carbs to fully bore out the step in the casting that forms a small part of the venturi. That realisation then snowballed to simplifying all aspects of the modification.
The major advantage to the new (again) approach is that the majority of the work can be done using basic tools and so can be done quickly. Even better is the fact I am already pretty much ready to send off the carbs and fuel rail to machine the injector seats. Photo's of progress so far below.


I have also been tidying up the wiring somewhat to make it the entire setup more permanent. More to go and there's not a whole lot to see anyway but some idea of what the old CDI area currently looks like is below. Including resistors hard-wired inline into the VRIN wires. 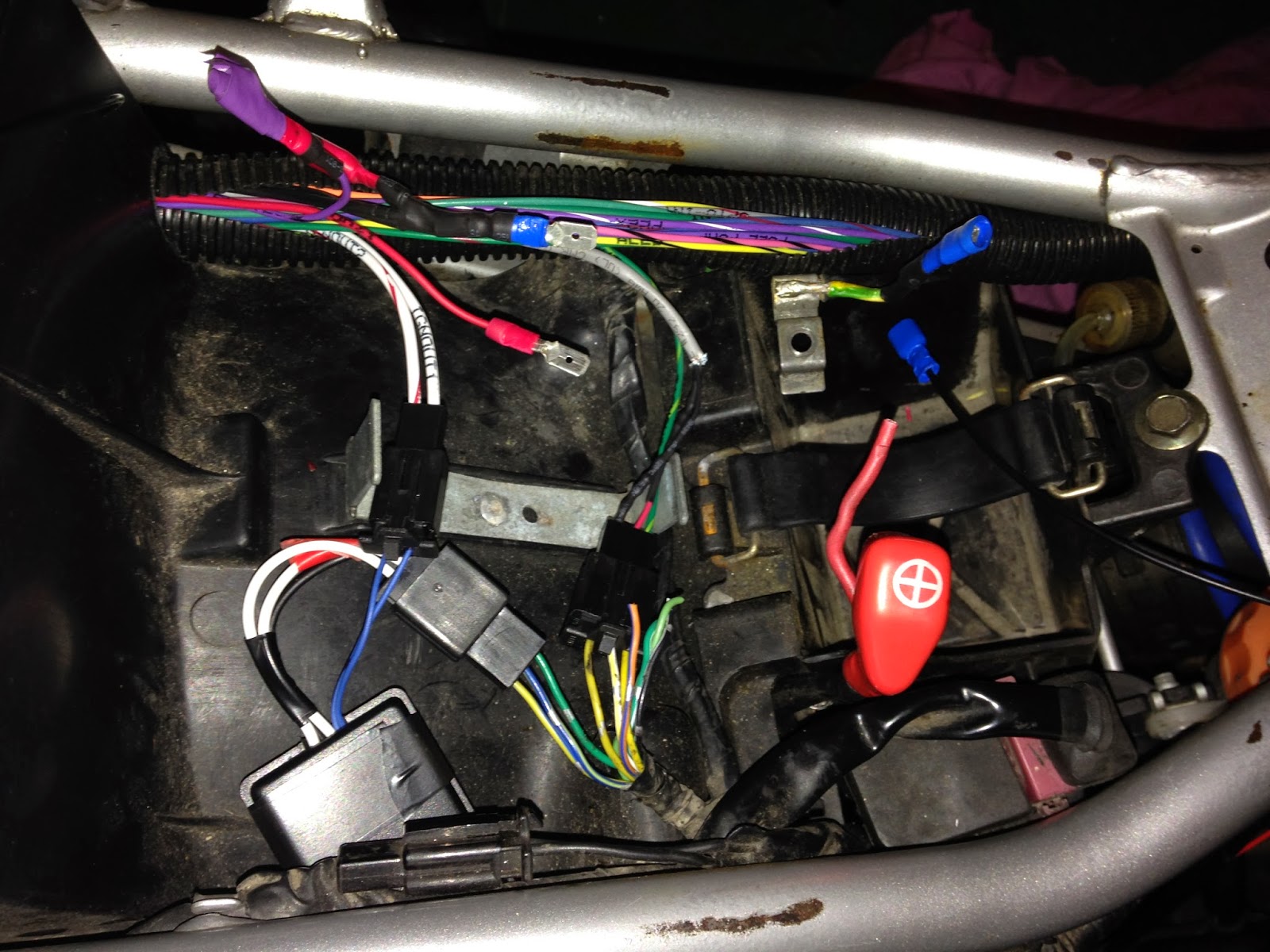